Bringing his Stories to the Screen

In partnership with the Coolidge Corner Theatre

Hosted by the Coolidge Corner Theatre

The “Shakespeare Reimagined” series consists of three events, each including a film screening and a Q&A session with experts in both theater and film. We are thrilled to partner again with our friends at the Coolidge Corner Theatre, 290 Harvard Street, Brookline, MA. 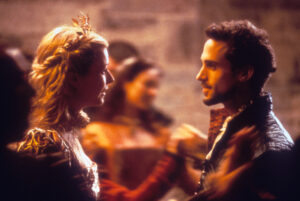 25th-anniversary screening! Featuring an Oscar-winning script co-written by Tom Stoppard, Shakespeare in Love follows the adventures of Young Will Shakespeare (Joseph Fiennes), an up-and-coming playwright who has been disastrously struck by the bane of the writer’s life – writer’s block. His comedy “Romeo and Ethel, the Pirate’s Daughter” isn’t going anywhere and the playhouse is under threat of closure. What Will needs is a muse, and she appears in the form of the beautiful and betrothed Lady Viola (Oscar winner Gwyneth Paltrow). The course of true love does not run smooth for Will, but the joys and tragedy of his own life find their way onto the page in a moving, witty and spellbinding tale.

Panelists for the post-screening discussion will include Boston Globe film critic Odie Henderson and beloved local actress Marianna Bassham, and will be moderated by theatre artist Regine Vital. 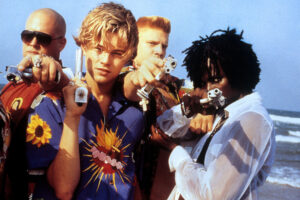 In 1996, Baz Luhrmann helped adapt this classic Shakespearean romantic tragedy for the screen, updating the setting to a post-modern city named Verona Beach. In this version, the Capulets and the Montagues are two rival gangs. Juliet (Claire Danes) is attending a costume ball thrown by her parents. Her father Fulgencio Capulet (Paul Sorvino) has arranged her marriage to the boorish Paris (Paul Rudd) as part of a strategic investment plan. Romeo attends the masked ball and he and Juliet fall in love. 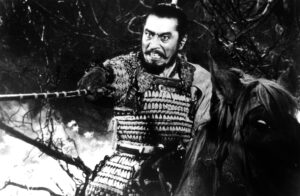 A vivid, visceral Macbeth adaptation, Throne of Blood, directed by Akira Kurosawa, sets   Shakespeare’s definitive tale of ambition and duplicity in a ghostly, fog-enshrouded   landscape in feudal Japan. As a hardened warrior who rises savagely to power, Toshiro   Mifune gives a remarkable, animalistic performance, as does Isuzu Yamada as his ruthless   wife. Throne of Blood fuses classical Western tragedy with formal elements taken from   Noh theater to create an unforgettable cinematic experience.

Join us for a post-screening discussion moderated by local multi-hyphenate theater artist, Regine Vital, with panelists Peter Grilli, President Emeritus of The Japan Society of Boston and a well-known specialist on Japanese history and culture, and local favorite, actor Nael Nacer (Caliban in CSC’s The Tempest, Macbeth in Macbeth at ASP, among others).

The Coolidge’s film and video exhibition areas are accessible by elevators. All are also equipped with a variety of options for patrons that are hard of hearing, deaf, blind, and/or visually impaired. For questions about accessibility or to make any disability-related accommodation requests, please email info@coolidge.org.