The highlight of the season will be the 27th annual Free Shakespeare on the Boston Common production of Shakespeare’s classic tragedy Macbeth, directed by CSC Artistic Director Steven Maler.  In Shakespeare’s classic tragedy, an unexpected prophecy sends Macbeth on a quest to become King of Scotland. Consumed by ambition and prompted to action by his wife, Macbeth’s desire for power makes him blind to the cost. This murderous tale explores the consequences of our choices and questions the influence of forces beyond our control. The production will take place on The Boston Common Stage at the Parkman Bandstand in July-August of 2023 in partnership with the City of Boston, Mayor Michelle Wu, Parks and Recreation Commissioner Ryan Woods, and Boston Chief of Arts and Culture, Kara Elliott-Ortega.

Steven Maler commented: “As we look ahead to the next season of CSC’s work, I’m thrilled to announce our programming both on and off the Common and to be directing Macbeth this summer.  It’s been quite a while since we’ve presented this monumental play, and I’m excited to explore Shakespeare’s story of polarities of loyalty and ambition. Along the way to the summer, our Prospero Society members will be attending exclusive gatherings to get behind the scenes and get insights about how all of this work comes together.” 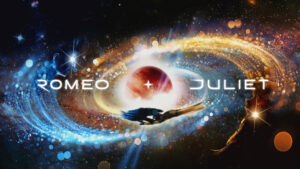 Next Spring, Commonwealth Shakespeare Company’s CSC2 company is taking the familiar play to another world, the planet of Verona where amidst the violence and unrest, two star-crossed young lovers find unexpected relief in each other. But will love be enough to save them from society’s sickness? Directed by Associate Artistic Director Bryn Boice, this Stage2 production of Romeo & Juliet presents the greatest love story ever told in a new and satisfying way for audiences of all ages. Performances will once again be at the historic Strand Theatre in Dorchester on May 11-19, 2023.

To round out the summer, Commonwealth Shakespeare Company’s Apprentice Rep Company (ARC) will present three Shakespeare plays in rotating repertory, with titles to include Julius Caesar directed by Bryn Boice, A Midsummer Night’s Dream directed by Victoria Townsend, and Twelfth Night directed by Regine Vital. Each play is FREE to the public, 90 minutes long with no intermission, and features actors from CSC’s nationally recognized Apprentice Program for actor training. ARC Performances will be presented at the Modern Theatre in Downtown Boston in the Summer of 2023 as part of our ongoing partnership with the Suffolk University Theatre Department.

Additional events will include:

SHAKESPEARE: REIMAGINED Film and Discussion Series
Bringing his Stories to the Silver Screen
In Partnership with Coolidge Corner Theatre

A vivid, visceral Macbeth adaptation, Throne of Blood, directed by Akira Kurosawa, sets Shakespeare’s definitive tale of ambition and duplicity in a ghostly, fog-enshrouded landscape in feudal Japan. As a hardened warrior who rises savagely to power, Toshiro Mifune gives a remarkable, animalistic performance, as does Isuzu Yamada as his ruthless wife. Throne of Blood fuses classical Western tragedy with formal elements taken from Noh theater to create an unforgettable cinematic experience.

Join us for a post-screening discussion moderated by local multi-hyphenate theater artist, Regine Vital, with panelists Peter Grilli, President Emeritus of The Japan Society of Boston and a well-known specialist on Japanese history and culture, and local actor Nael Nacer (Caliban in CSC’s The Tempest, Macbeth in Macbeth at Actors’ Shakespeare Project).

25th-anniversary screening! Featuring an Oscar-winning script co-written by Tom Stoppard, Shakespeare in Love follows the adventures of Young Will Shakespeare (Joseph Fiennes), an up-and-coming playwright who has been disastrously struck by the bane of the writer’s life – writer’s block. His comedy “Romeo and Ethel, the Pirate’s Daughter” isn’t going anywhere and the playhouse is under threat of closure. What Will needs is a muse, and she appears in the form of the beautiful and betrothed Lady Viola (Oscar winner Gwyneth Paltrow). The course of true love does not run smooth for Will, but the joys and tragedy of his own life find their way onto the page in a moving, witty and spellbinding tale.

In 1996, Baz Luhrmann helped adapt this classic Shakespearean romantic tragedy for the screen, updating the setting to a post-modern city named Verona Beach. In this version, the Capulets and the Montagues are two rival gangs. Juliet (Claire Danes) is attending a costume ball thrown by her parents. Her father has arranged her marriage as part of a strategic investment plan. Romeo (Leonardo DiCaprio) attends the masked ball and he and Juliet fall in love.

The Prospero Society is a community of CSC’s most devoted and enthusiastic supporters. Prospero Society members, who support CSC with an annual gift of $1,000 or more, enjoy opportunities to meet other members who share a commitment to CSC, gain access to our artists and glimpses behind the scenes, and — most of all — experience the joy that comes from sharing in the future of the arts in our community.  Members are invited to deepen their experience with CSC by attending “salon-style” events in a variety of private residences and intimate settings.

Join us as we celebrate our Educational programs! Meet our education staff, learn more about plans for 2023, and enjoy a performance by Boston’s rising stars.

Dive deep into the stories we tell. Through discussion and performance, we’ll discover brilliant works in a whole new way. Special guests to be announced.

Be among the first to experience our concept and team for Macbeth, directed by CSC’s Founding Artistic Director Steven Maler.

Celebrate the opening of our 27th production of Free Shakespeare with cocktails and merriment, followed by the 8pm performance of Macbeth on Boston Common.

Commonwealth Shakespeare Company (CSC), best known for its annual free performances on the Boston Common, is a non-profit theater organization founded in 1996, dedicated to artistic excellence, accessibility, and education. CSC’s Free Shakespeare on the Common has served over one million audience members over its 26-year history and has become a beloved summer tradition enjoyed by as many as 50,000 people annually. After a hiatus in 2020 because of the pandemic, CSC presented The Tempest (with John Douglas Thompson as Prospero) to great acclaim on the Boston Common in the summer of 2021, and Much Ado About Nothing, directed by Megan Sandberg-Zakian, in the summer of 2022.

In addition to its live theater productions on and off the Common, CSC has also presented a variety of virtual programs, most particularly in the past three years. The company also runs the CSC Academy, which encompasses its training and education programs including Stage2, a program for middle and high school students and educators, the Apprentice Program, CSC’s intensive Shakespeare-focused summer training program for early-career actors, and the CSC2 Company. For more information visit commshakes.org.