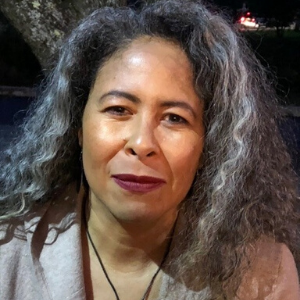 Siobhan Juanita Brown played Titania in CSC’s first production of A Midsummer Night’s Dream (1996), Lady Capulet in Romeo and Juliet (1997), Olivia in Twelfth Night (2001), and The Widow in All’s Well That Ends Well (2011). She holds a BFA degree in Performing Arts and African American studies from Emerson College and is a graduate of the A.R.T. Institute for Advanced Theater Training at Harvard University. Other credits include Suzan-Lori Parks’ The America Play at A.R.T., The Emancipation of Valet de Chambre at Cleveland Play House, Studs Terkel’s American Dreams: Lost and Found with the Acting Company, Medea and Antony and Cleopatra for Actors’ Shakespeare Project, and Adrienne Kennedy’s Funnyhouse of A Negro with Brandeis Theatre Company. She has worked extensively in arts education as the former Associate Director of Education at Citi Performing Arts Center and Director of School & Teacher Programs at Actors’ Shakespeare Project, as well as teaching for the Strand Theatre, CSC, and the Acting Company.  As a playwright Siobhan wrote A Piece of Silver based on recorded conversations with her maternal and paternal grandmothers who are Mashpee Wampanoag Indian and African American, respectively. She has worked with the Wôpanâak Language Reclamation Project since 2013 and is a member of the founding teaching team of Weetumuw Katnuhtôhtâkamuq, the Wôpanâak language and culture immersion school providing academic and Indigenous education using a Montessori pedagogy for decolonization and language reclamation.