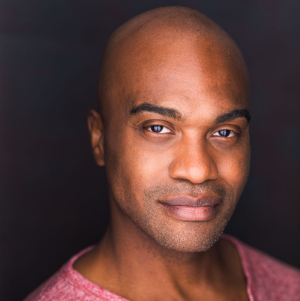 Maurice Emmanuel Parent is an award-winning actor, director, educator and mentor with 20 years of professional experience. He has over 40 credits at theatres across the nation and abroad, having performed and directed for some of Boston’s oldest and most respected companies such as the Huntington Theatre Company, Actors’ Shakespeare Project, Commonwealth Shakespeare Company, SpeakEasy Stage Company, Lyric Stage Company, New Repertory Theatre, and Central Square Theater among others. His work as an actor has earned him two Elliot Norton Awards from The Boston Theater Critics Association, three Independent Reviewers of New England (IRNE) awards, and an ArtsImpulse Award. Parent’s history as an educator extends back nearly a decade. He’s taught for Northeastern University, MIT, The Boston Conservatory at Berklee, Boston University and spent nearly 6 years as a Performing Arts Specialist in the Boston Public School System. Currently Parent is a full time Professor of the Practice in the Tufts Department of Theatre, Dance, and Performance Studies. Parent is the co-founder and Executive Director of The Front Porch Arts Collective, “a black theatre company committed to advancing racial equity in Boston through theater.” In its fifth season, “The Porch” has quickly become a well respected voice in the Boston theatrical landscape. www.MauriceParent.com 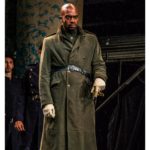 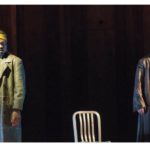