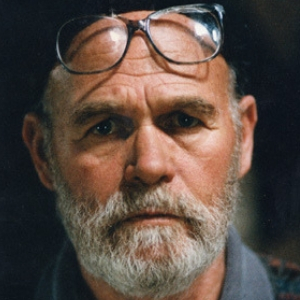 William Wharton, pseudonym of Albert William du Aime, (Nov. 7, 1925- Oct. 29, 2008) American novelist and painter best known for his innovative first novel, Birdy, a critical and popular success. It was not until later in life that Wharton attempted to publish any of his writing. He completed several manuscripts before sending Birdy to a literary agent. Blending autobiographical elements and fantastic characters, the novel tells of a man with a lifelong obsession with birds. Wharton himself had an abiding interest in birds, raising canaries throughout his life and, at one point during the Great Depression, selling them very profitably. Birdy was adapted into a major motion picture (of the same name), released in 1984 and staring Matthew Modine and Nicholas Cage. Wharton’s second novel, Dad tells the story of the title character’s life through the memories of his son and grandson as they care for him in his old age. A Midnight Clear mines Wharton’s experiences in World War II, while Scumbler fantastically embroiders upon his experiences as an artist in Paris. Later novel including Pride (1985), a story of the Depression; Tidings (1987), a family saga; and Last Lovers (1991), a tale of sexual exploration drew less attention than his early work. He also illustrated his 1989 novel Franky Furbo and published a number of novels in Polish. In addition, Wharton wrote two memoirs, Wrongful Deaths (1994; published in the US as Ever After: A Father’s True Story, 1995), which chronicles the aftermath of his daughter and her family’s death in an accident, and Houseboat on the Seine (1996), an account of his unconventional life as an American expatriate.