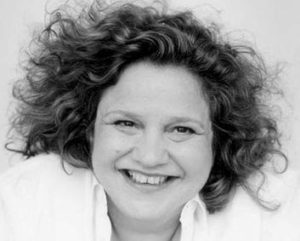 Wendy Wasserstein, (born October 18, 1950, Brooklyn, New York, U.S.—died January 30, 2006, New York City), American playwright whose work probes, with humour and sensibility, the predicament facing educated women who came of age in the second half of the 20th century. Her drama The Heidi Chronicles (1988) was awarded both a Pulitzer Prize and a Tony Award in 1989.

Wasserstein was educated at Mount Holyoke College (B.A., 1971) and City College of the City University of New York (M.A., 1973), where she studied creative writing with playwright Israel Horovitz and novelist Joseph Heller. In 1976 she received an M.F.A. from Yale University.

Wasserstein’s first play, Any Woman Can’t (1973), is a cutting farce on one of her major themes—a woman’s attempts to succeed in an environment traditionally dominated by men. Two other early works are Uncommon Women and Others (1975; revised and expanded, 1977) and Isn’t It Romantic(1981), which explore women’s attitudes toward marriage and society’s expectations of women. In The Heidi Chronicles a successful art historian discovers that her independent life choices have alienated her from men as well as women. The Sisters Rosensweig (1992) continues the theme into middle age. Later plays include An American Daughter (1997) and Third (2005).

Wasserstein’s other works include an adaptation for television of the John Cheever short story “The Sorrows of Gin” (1979); the play When Dinah Shore Ruled the Earth (1975; with Christopher Durang); The Man in a Case (1986), an adaptation of Anton Chekhov’s short story; a musical, Miami (1986); and a children’s book, Pamela’s First Musical (1996). She also wrote several collections of essays, including Shiksa Goddess (2001).