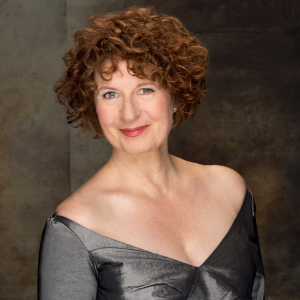 Paula Plum Over the past three decades, her most notable performance have been as Cleopatra, Lady Macbeth, Beatrice, Touchstone and Phedre at the Actors’ Shakespeare Project; in Miss Witherspoon, The Heiress and Death of a Salesman at the Lyric Stage ; Body Awareness, History Boys and New Century at SpeakEasy Stage; Lysistrata, Ivanov, Mother Courage, and The Marriage of Bette and Boo at the American Repertory Theatre. Ms. Plum starred in two world premieres by John Kuntz: Sing Me To Sleep (Boston Center for the Arts) and Miss Price, which she coproduced (Boston Playwrights’ Theatre). Movie credits include “Irrational Man”, “Next Stop Wonderland”, “Mermaids”, “Malice”, and “The March Sisters at Christmas”. Television credits include voicing characters on “Squigglevision” (ABC), “The Dick and Paula Celebrity Special” (FX), “Hey Money” (Oxygen) and “Dr. Katz, Professional Therapist” (Comedy Central). Her original plays include: Memorial, Wigged OUT!, and What Lips My Lips Have Kissed. Her solo show, Plum Pudding, garnered her critical praise and the 2003 IRNE award for Best Solo Performance. Her article “Handling the Hot Moments, How Actors Negotiate Intimacy On Stage” was published in American Theatre Magazine. Paula was honored by the Boston Theatre Critics Association with the Elliot Norton Award for Sustained Excellence (past recipients include Sir Ian McKellen and Julie Harris) and for Best Actress twice (Lost in Yonkers and Miss Witherspoon). Ms. Plum was trained at The London Academy of Music and Dramatic arts and is a Cum Laude graduate of Boston University’s School for the Arts, where she was also honored as Distinguished Alumna in 2003.