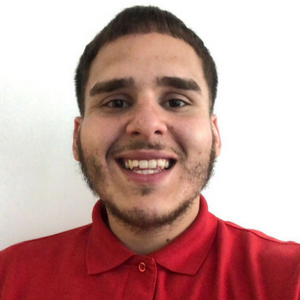 Luis Angel Feliciano Jr graduated from East Stroudsburg University with a degree in Acting for TV & Film and Directing. Luis has performed in various amount of main stage shows at his university. Main stage shows included Piggy in Lord of the Flies, Big Stone in Eurydice, Clown 1 in 39 Steps, and Bottom in A Midsummers Night’s Dream in which he was nominated as a contestant for the Irene Ryan’s at Kennedy Center American College Theatre Festival.  Backstage work includes House Manager, Multimedia Designer, Projectionist, Choreography, Props, Stage Manager, run crew, and Assistant Director & Stage Manager . Luis has also directed multiple scenes and was chosen to be apart of KCACTF’s Directing Institute where he was giving the opportunity to work with other young actors to direct and create a fully worked scene. He trained at Co Lab on how to create theater with individuals with intellectual disabilities. Luis hopes to one day own his own theater company and be able to give back to his community.