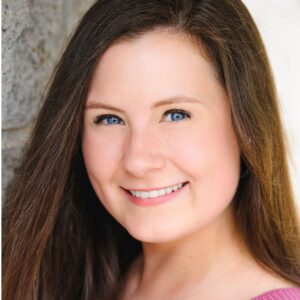 Katie Krasovec is a rising senior at Missouri State University as a BFA Musical Theatre major. Previous credits from Missouri State include Mrs. Shelley/Dreamer in The Secret Garden, Kate in Oklahoma! In Concert, Pit Singer in Cats, and Wilma Atkins in The Rimers of Eldritch. This fall she is excited to be playing Fiona in the concert version of Brigadoon with the Springfield Symphony. She is originally from Dallas, Texas.