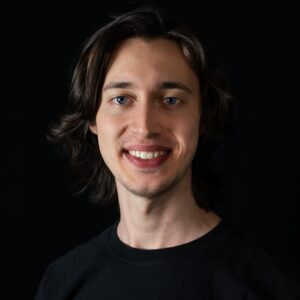 Jesse Kriesel majors in both theater arts and music at Gordon college, where he is a student leader, actor, and sound apprentice. He participates in their theater department through performance and tech in such shows as Antigone, Titanic the Musical, and Measure for Measure, which he starred as the Duke.