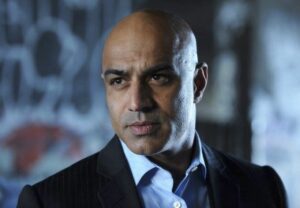 Faran Tahir has appeared in over 50 theater productions, 20 films and countless
television roles. He has a long history with Commonwealth Shakespeare Company. He
appeared in the very first production of CSC in 1996 as Oberon/Theseus in A Midsummer
Night’s Dream.
Tahir was most recently seen as Baba in the Broadway production of The Kite Runner. He has also worked off-Broadway at Lincoln Center and Manhattan Theatre Club and in major theaters across United States such as American Repertory Theatre and Goodman Theatre. Tahir’s work ranges from classical to contemporary. In 2012, Tahir performed
the title role of Othello at Shakespeare Theatre Company to rave reviews. In summer of 2018, Tahir took on the title role of Richard III at Commonwealth Shakespeare Company for which he earned a nomination for Elliot Norton Awards for best actor, as well as the best actor nomination from IRNE awards. He received the 2010 Male Actor of the Year award and the 2010 Elite Asian Award in Canada. Tahir was also nominated for the Robert Prosky Award for Best Theatre Actor in 2000.
Tahir’s film credits include the President in Elysium (2013), with Matt Damon and Jodi Foster; Escape Plan (2013), starring alongside Arnold Schwarzenegger and Sylvester Stallone; Star Trek (2009); and as the unforgettably vicious nemesis in Iron Man (2008), opposite Robert Downey Jr. and Gwyneth Paltrow. He can be seen in three upcoming
movies, The Martial Artist, The Window, and Coup!
Tahir’s work on television spans across all genres, with recurring roles on Scandal, Prison Break, Once Upon a Time, 12 Monkeys, American Crime, Satisfaction, Dallas and Warehouse 13, and over a100 guest lead appearances on shows like Supergirl, Blacklist, Criminal Minds, Elementary, Supernatural, Lost, NYPD Blue, Grey’s Anatomy amongst many others. He was awarded a “Voices of Courage and Conscience Award” from the Muslim Public Affairs Council and submitted by ABC network for a 2010 Emmy Award for his performance in Grey’s Anatomy.
Tahir was born in Los Angeles. He holds a B.A. in Development Studies from University of California, Berkeley, and an MFA in Theatre from Harvard University. 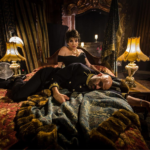 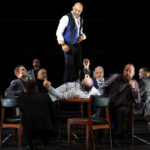 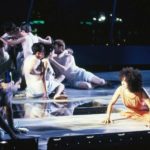