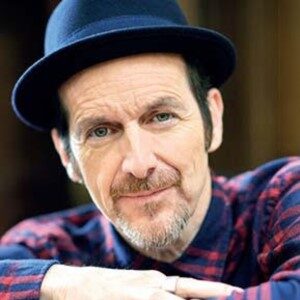 Denis O’Hare is an actor, writer and activist who lives in Paris, France. Mr. O’Hare has appeared extensively on Broadway and Off-Broadway. He won a Tony Award for his performance in Richard Greenberg’s Take Me Out, a Drama Desk Award for his role in Sweet Charity as well as an OBIE Award for An Iliad. Denis has appeared in such films as Late Night, The Goldfinch, Swallow, The Day Shall Come, Milk, A Mighty Heart, Michael Clayton, Duplicity, 21 Grams, Garden State, Half Nelson, Dallas Buyers Club, Lizzie Borden, The Proposal and The Changeling. His television appearances include five seasons on “American Horror Story,” two seasons on “True Blood,” one season on “Big Little Lies,” appearances on “American Gods” (Season 3), “The Good Wife,” “The Comedians,” “This Is Us,” “Broad City,” and the upcoming HBO series “The Nevers.” As a writer, Denis recently had his first screenplay produced. His movie, The Parting Glass, is available on iTunes and other platforms. With his writing partner, Lisa Peterson, he is the co-author of the play An Iliad, which has been performed throughout the world—most recently in Shanghai and Paris. Denis and Lisa also wrote The Good Book, which premiered at The Court Theatre in Chicago in 2015 and enjoyed a critically acclaimed run at Berkeley Rep in the spring of 2019. Currently, Lisa and Denis are working on a new commission: a piece about the fall of the Roman Empire. In addition, Mr. O’Hare is writing a novel. He and his husband, Hugo Redwood have one son, Declan