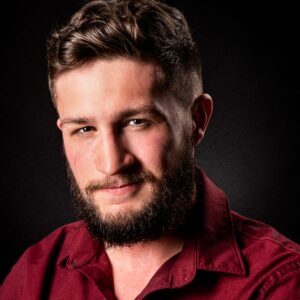 Brendan is a Boston-based actor originally from Syracuse, NY. After graduating from Niagara University in 2017, Brendan lived and worked in Buffalo, NY where he had the opportunity to play onstage and off with several companies including Shakespeare in Delaware Park, Irish Classical Theatre Co., and MusicalFare Theatre. He loves pizza and he has a lovely puppy named Ophelia Wrinkles.