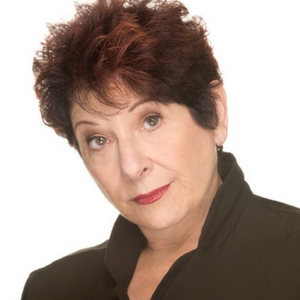 Bobbie Steinbach  is delighted to be back on the Common with CSC and Steve Maler, who gave her her first stab at the Bard as the Nurse in Romeo & Juliet, and where she was also seen as Dogberry in Much Ado About Nothing and Maria in Twelfth Night. Bobbie is a Founding Member/Resident Actor with Actors’ Shakespeare Project with whom she has played many roles including Paulina, Duchess of York, Mistress Quickly, Volumnia, and Cassius. (Elliot Norton Nomination, Outstanding Actress). She has also worked at many other local theaters: Huntington Theatre Company, New Repertory Theatre, Lyric Stage Company, Greater Boston Stage Company, Boston Playwrights’ Theatre, Merrimack Repertory Theatre and Speakeasy Stage Company. Bobbie is the recipient of The Elliot Norton Outstanding Actress award and several IRNE Best Actress awards. In 2015 The Theatre Communications Guild honored Bobbie with a two-year Resident Actor Fox Fellowship for Distinguished Achievement, for which she partnered with Actors’ Shakespeare Project, and developed a company project, I Am Lear, and a solo show, In Bed with the Bard. She is also the 2016 Huntington Theatre Company’s Lunt-Fontanne Fellow. Bobbie is an acting coach working mainly with high school students, preparing them for their college theatre auditions. www.bobbiesteinbach.com 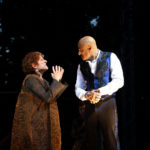 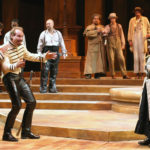