Commonwealth Shakespeare Company Announces Performances of THE TEMPEST On the Boston Common July/August, 2021

Boston, MA — Commonwealth Shakespeare Company (CSC) and Artistic Director Steve Maler, together with the City of Boston and Mayor Kim Janey, are thrilled to announce the Company’s plans to return to live performance this summer with its 25th anniversary production of Free Shakespeare on the Common. This year’s offering is THE TEMPEST, starring the great Shakespearean actor John Douglas Thompson in the role of Prospero.

Mayor Janey commented: “Shakespeare on the Common has been a vital part of Boston’s summer arts programming for decades, and I’m thrilled to see this tradition continue to provide free and accessible entertainment to Boston’s residents and visitors. As we move forward with the reopening process and work toward building a newer and better Boston, this is a great way to support Boston’s arts sector while also providing safe and equitable opportunities to engage in the arts.”

“After a long difficult period, we are thrilled to be returning to live performances!” said Steve Maler.  “It’s so important to us to bring the arts back, welcoming all of Boston to see world-class performers for free on the Boston Common.”

With the safety of our artists, staff, and audiences at the forefront of decision-making, there will be a number or adjustments to this year’s offering. The production will be streamlined to allow for an intermission-less performance. In addition, audience size will be limited according to the most updated state and city guidelines on capacity and social distancing. Audience members (over the age of 2) will also be required to remain masked while on-site. The production will remain free, but due to expected capacity constraints, attendees will be asked to register ahead of time. Registration will open the week of June 21st. 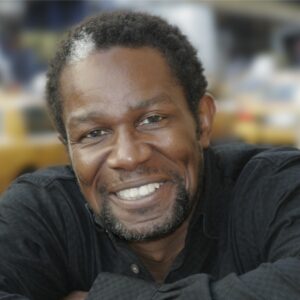 Lauded by critics, John Douglas Thompson has been extolled by the New York Times “as one of the most compelling classical stage actors of his generation.” Thompson was last seen on Broadway in King Lear in the role of Earl of Kent to Glenda Jackson’s Lear. In 2018, he co-starred in the two-time Tony Award-winning Broadway revival of Rodgers & Hammerstein’s musical Carousel. He also starred in the Huntington Theatre Company’s Man in the Ring, (Elliot Norton and IRNE Awards). In 2017, he appeared in the titular role of the American Conservatory Theater’s production of Shakespeare’s Hamlet and he co-starred in the highly publicized Public Theater’s Shakespeare in the Park production of Julius Caesar (Caius Cassius). Thompson received rave reviews for his role as Becker in August Wilson’s Broadway play Jitney, for which he received a Tony Award nomination. Thompson’s other credits include The Father and A Doll’s House at Theater For A New Audience, and Troilus & Cressida at The Public Theatre. Other Broadway credits include A Time To Kill, Cyrano de Bergerac with Kevin Kline, and Julius Caesar with Denzel Washington. His Off-Broadway credits include: The Iceman Cometh with Nathan Lane and Brian Dennehy at the Brooklyn Academy of Music (Obie and Drama Desk Awards); Tamburlaine at Theater for a New Audience (Obie and Drama Desk Awards); Satchmo at the Waldorf (Drama Desk, Outer Critics Circle Award, and the NAACP Theatre Awards) at the Westside Theater, ACT, Wallis Center for the Performing Arts, Long Wharf Theater; King Lear with Sam Waterston at The Public Theater; Macbeth (title role); Othello (Obie Award, Lucille Lortel Award, Joe A. Callaway Award) at Theatre for a New Audience; The Forest with Dianne Wiest at Classic Stage Company; The Emperor Jones at The Irish Repertory Theatre (Joe A. Callaway Award and Lucille Lortel, Drama League and Drama Desk nominations); and Hedda Gabler at New York Theatre Workshop. Regional credits include: Joe Turner’s Come and Gone at Mark Taper Forum (Ovation Award); Antony and Cleopatra with Kate Mulgrew at Hartford Stage; Red Velvet, Othello, Richard III, King Lear, and Mother Courage with Olympia Dukakis at Shakespeare & Co.; Jesus Hopped the ‘A’ Train at The Wilma Theater (Barrymore Award); and productions at the Williamstown Theatre Festival, Trinity Repertory Company, American Repertory Theater and Yale Repertory Theatre. Thompson’s television credits include “The Immortal Life of Henrietta Lacks”, “Bull”, “Person of Interest”, “Madam Secretary”, “Law & Order”, “Law & Order: SVU”. His film credits include Steven Soderbergh’s Let Them All Talk with Meryl Streep, Candace Bergen, Dianne Wiest and Lucas Hedges, Conviction, Wolves, The Bourne Legacy, Glass Chin, Michael Clayton, Midway, and Malcolm X. Upcoming film releases include 21 Bridges with Chadwick Boseman and Sienna Miller and 355 with Jessica Chastain, Diane Kruger, Penelope Cruz and Lupita Nyongo. He is a Fox Fellow recipient; the 2015 Samuel H. Scripps Award for extraordinary commitment in promoting the power of language in classical and contemporary theatre; and a recipient of the 2013 Robert Brustein Award for sustained excellence in American theater.

Commonwealth Shakespeare Company (CSC), best known for its annual free performances on Boston Common, is a non-profit theater organization founded in 1996, dedicated to artistic excellence, accessibility, and education. CSC’s Free Shakespeare on the Common has served over one million audience members over its 25-year history and has become a beloved summer tradition enjoyed by over 50,000 people annually.

Due to the continued effects of COVID-19 on Boston and its community, CSC postponed its 2020 production of ​The Tempest ​on the Boston Common to 2021. Instead of the annual production on the Common, CSC presented an online script-in-hand performance as a benefit to support CSC’s 2021 production, with the previously announced cast led by John Douglas Thompson in the role of Prospero. The event was watched by 3,500 people in 26 states. CSC also offered a range of online programming under its “PlayOn@CSC” program, which included “The Actor’s Craft” plus the “Shakespeare Reimagined” film series in collaboration with Coolidge Corner Theatre and “Tempest Talks.”

CSC has presented fully-staged indoor productions, including ​Our American Hamlet (world premiere), Beckett in Brief, Death and the Maiden, Old Money​, Caryl Churchill’s​ Blue Kettle a​nd​ Here We Go,​ and Naomi Wallace’s adaptation of William Wharton’s novel, ​Birdy.​ In 2018, in partnership with Google, CSC created a Virtual Reality (VR) experience of William Shakespeare’s classic play ​Hamlet,​ entitled ​Hamlet 360: Thy Father’s Spirit,​ released in partnership with Boston public media producer GBH; it can be viewed exclusively on the WGBH YouTube channel. The video has been shown at multiple venues and educational institutions in the US and abroad.

CSC also produces “Theatre in the Rough,” semi-staged readings featuring some of the most acclaimed actors of our time, including Paul Rudd, Cote de Pablo, Denis O’Hare, Ruben Santiago-Hudson, Chris Cooper and Marianne Leone Cooper, Tony Shalhoub and Brooke Adams, Anthony Mackie, Charles Busch, and Leslie Uggams, among others. CSC fulfills its educational mission with actor training programs for pre-professional and professional actors through the CSC Academy, which includes a summer Apprentice Program, the CSC2 company, and Co-Lab (in partnership with The Front Porch Arts Collective), an intensive for Black Actors and Indigenous and POC Allies. For schools and educators, CSC produces its Stage2 performance series for middle and high school audiences as well as in-school residencies, workshops, and professional teacher development courses. To learn more, visit ​commshakes.org​ or call 617-426-0863.