May 17-23, 2021!  CSC’s Virtual Shakespeare Intensive is a one-week online program that provides instruction and practice in bringing Shakespeare’s characters to life on stage: how to decipher his words, unlock secrets in the meter and rhythm, act on the line, and embody actions. Our VSI program includes:

“Your knowledge and feedback was so critical to my approach and my journey. Thank you so much for your hard work and guidance.”

Our virtual intensives are for early-to-mid-career actors ages 18 and above; directors who want more experience with Shakespeare; educators*** who want more tools for teaching Shakespeare; and instructors who want to learn how actors use his text clues. Individuals of all races, ethnicities, gender identities, and persons with disabilities are strongly encouraged to apply.

*** Commonwealth Shakespeare Company is a registered PDP provider with the Massachusetts Department of Elementary and Secondary Education and a PDP certificate can be provided at the end of our intensives equal to 26 classroom hours of learning.

If you have questions about disability related accommodations we may be able to provide, please get in touch with us at academy@commshakes.org

“In a time when there’s so much uncertainty, this program gave me so much purpose and joy in each day.”

All classes are held on Zoom. Classes are held between 11:00AM-4:00PM EST with some breaks and a final showcase of work at 6PM EST on the program’s final day. Students may not be called the whole time due to smaller group working sessions. A detailed schedule within this time frame will be released before the program begins.

We ask that applicants fill out the form below as well as submit a video of them working aloud with one piece of Shakespeare text to academy@commshakes.org. This can be a monologue, sonnet or segment of a scene that you are interested in- approximately 1 minute long. This is not a formal “audition” and does not need to be memorized but you should be familiar enough with the text to demonstrate some fluidity.

Questions? Please reach out to us at: academy@commshakes.org

Completion of a virtual intensive is a prerequisite for consideration for the “hybrid/fast track” of our summer Apprentice Program. Actors are also welcome to apply for our regular track 8 week program without taking any other courses with CSC. Applicants interested in this option should use the application materials on the Apprentice Program Page. Hybrid/Fast Track Apprentices will not be charged an additional $750.00 tuition for this program but Apprentice Program rates (and aid/scholarship opportunities) will apply. 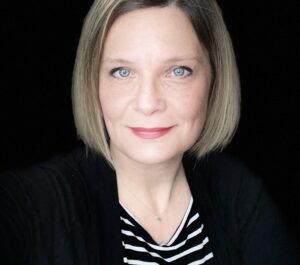 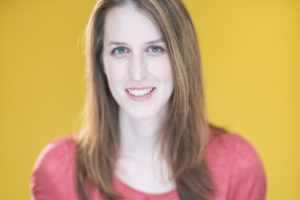 Victoria is a Boston-based director, teaching-artist and occasional performer. In addition to her work on artistic programing for CSC, she also serves as the Academy Coordinator for the Apprentice Program and CSC2 as well as work on many other educational programs. Directing Credits: Emerging Playwright’s Festival (Wheelock Family Theater), Cosi Fan Tutte New England Conservatory’s UGOS Program, The Memorandum (Flat Earth Theater). Assistant Directing Credits: Fear and Misery in the Third Reich, Kiss me Kate, Romeo and Juliet and Shakespeare and Leadership (CSC) and L’Egisto (NEC/UGOS). She has also served as a teaching-artist for Watertown Children’s Theater and Live Arts Education. A Massachusetts native, Victoria currently resides in Woburn and is a graduate of Saint Michael’s College in Vermont with a degrees in Theatre and English Literature. 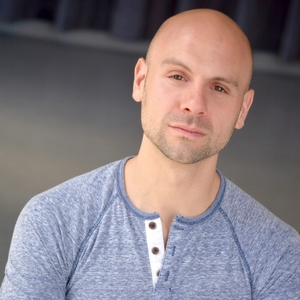 Paul D’Agostino joined Boston Conservatory at Berklee in 2014, and currently serves as an assistant professor of theater, specializing in voice & speech and The Alexander Technique. Designated to teach by world-renowned voice pedagogue and theater artist Kristin Linklater, he has taught on the faculties of Emerson College, Gordon College, and Boston University – where he taught in the Summer Theatre Institute for six years. Since 2013, D’Agostino has been the resident voice instructor for Commonwealth Shakespeare Company, which has afforded him the opportunity to teach in the Summer Apprentice Program, coach mainstage actors, and offer workshops on the intersection of actor training and public speaking for M.B.A. candidates at Babson College. A longtime member of Shakespeare & Company in Lenox, Massachusetts, he directed the youth training program Riotous Youth, taught in the Month-long Intensive, and acted in numerous productions on the main stage and on tour. He’s also taught workshops at Brandeis University, Massachusetts General Hospital, Harvard Extension School, MIT, Wheelock Family Theatre, and the ReachArts Center in Swampscott, Massachusetts.