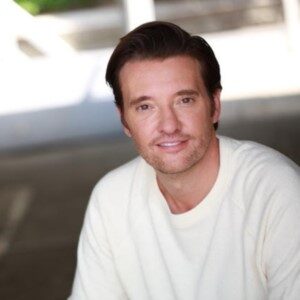 Jason Butler Harner recently starred as Agent Roy Petty on the breakout Emmy and Screen Actors Guild Award-winning “Ozark.”  Previous television work includes memorable arcs on “Ray Donovan,” “Scandal,” “Homeland,” and “The Blacklist,” as well as a series regular role on FOX’s “Alcatraz” and a recent guest-star on “High Maintenance.”  Harner debuted on screen in Clint Eastwood’s Academy Award-nominated Changeling.  Other films of note include The Family Fang, The Taking of Pelham 123, Non-Stop, Blackhat, and independent films Letters from the Big Man, The Green, (for which he garnered a number of film festival awards), as well as the recently completed The Big Bend.  Harner was last seen on Broadway, starring opposite Janet McTeer in the world premiere of Bernhardt/Hamlet, as well as in the multi-Tony Award winning The Coast of Utopia and the recent revival of The Crucible, with Saoirse Ronan, Ben Whishaw and Sophie Okenedo.  He starred at London’s Donmar Warehouse in Serenading Louie.  A frequent actor in American premieres of English plays, some Off-Broadway appearances include Cock, The Village Bike, Through a Glass Darkly, The Paris Letter, Orange Flower Water, Hedda Gabler and many others. He has two Drama Desk nominations and an Obie Award.  Harner holds a M.F.A. from the esteemed Graduate Acting Program at New York University, as well as a B.F.A. from Virginia Commonwealth University.